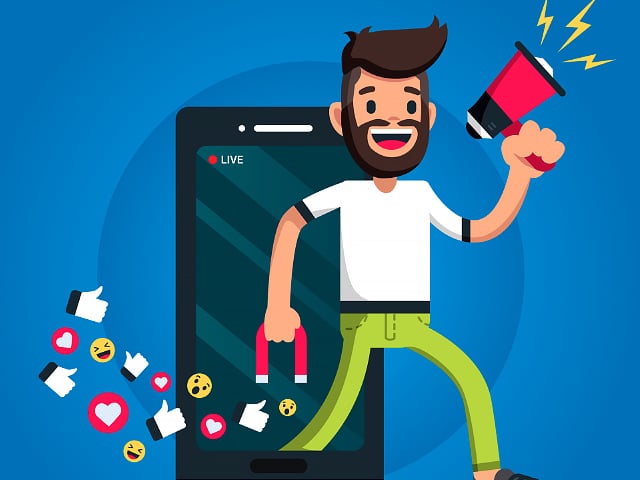 It’s hard to believe that Instagram, which turned ten years old in 2020, was once just a fun app for posting photos. Its growth over the last decade has seen it become not just one of the most widely used social media platforms globally but also a potent marketing tool for both established and emerging brands.

Instagram has over 1080 million active users worldwide and its greatest strength lies in its simplicity. Unlike some other social media platforms, Insta is more about visuals and less about text, which makes it the ideal platform for brands to get creative and reach out to their target audiences to showcase their latest products.

Over the years, Insta has played host to marketing campaigns launched by hundreds and thousands of brands and in this post, we’ll take a look at some of the best ones from 2017 – 2019. If you’re on Instagram and want to use the platform as one to promote your brand and garner a lot of Instagram likes, read on because we’ll also be focusing on what you can learn from the campaigns that we’ll cover.

In 2017, iconic American singer-songwriter John Mayer released The Search for Everything, his seventh studio album, and he took to Instagram to promote the album in the most organic way possible. Of course, his marketing team launched several campaigns on Insta and other platforms to hype up the album and boost sales, but what Mayer himself did was far more effective in getting people to listen to the album.

He used Instagram’s Live feature to play some of his songs from the album along with some of his older hits. As expected, thousands of his Instagram followers tuned in to the live stream and showered him with love and adulation. Mayer also took as many questions as he could from his fans and this genuine interaction was later rewarded when the album hit the stores, as it debuted on the US Billboard 200 at number two and the US Billboard Top Rock Albums at number one.

The lesson to be learned here is simple; you can focus all you want in creating attractive visuals to promote your products, but there’s nothing in this world that can replace organic engagement and interaction with followers.

Airbnb’s #WeAccept campaign was one of 2017’s most lauded Instagram campaigns, as it addressed two issues, out of which one was internal and the other, political. The internal issue was from 2016 when the brand faced severe backlash from several guests, who accused it of discrimination based on race, sex, and religion. As a result of the backlash, Airbnb drafted a new “Community Commitment” policy, assuring guests of the brand’s non-discriminatory attitude.

However, not long after, the announcement of a flight ban came from the U.S. government and the ban targeted countries that had Muslim majorities. People were up in arms, as they believed that the policy was a result of prejudice. Airbnb felt that it was the most opportune time to convince its followers regarding its stance against discrimination and prejudice, and #WeAccept was born. The visuals showed people from various racial, ethnic, and religious backgrounds with the tagline ‘we all belong’.

The campaign was a resounding success and it proved that it’s not always a bad idea to create campaigns around relevant social and political issues. Combined with its “Community Commitment” policy, the campaign’s timing turned out to be perfect and it even went on to win a Shorty Award.

Stella Artois, the internationally acclaimed beer brand from Belgium, received a lot of plaudits in 2018 for their #GiveThemTimeBack campaign, which was a combination of a digital marketing campaign and an attempt to raise awareness regarding one of the most important issues across under-developed and developing nations; water.

Through the campaign, Stella Artois promoted its Limited-Edition Chalice. The message to its ardent followers was simple; the money generated from every single purchase would help give clean water to someone in a developing or under-developing nation for 5 years. To help boost sales, the brand partnered with Water.org co-founder and Hollywood star Matt Damon, who featured in a number of talking-head videos, encouraging other individuals and brands to show their support for the cause.

This campaign’s takeaway is simple; if you are associated with any charitable organization, make that association known on Instagram. Create campaigns by combining the promotion of your products with awareness about the charity’s cause. Through such campaigns, not only would you be putting your name out there, but you’d also be raising awareness regarding important issues and encouraging people to take action. 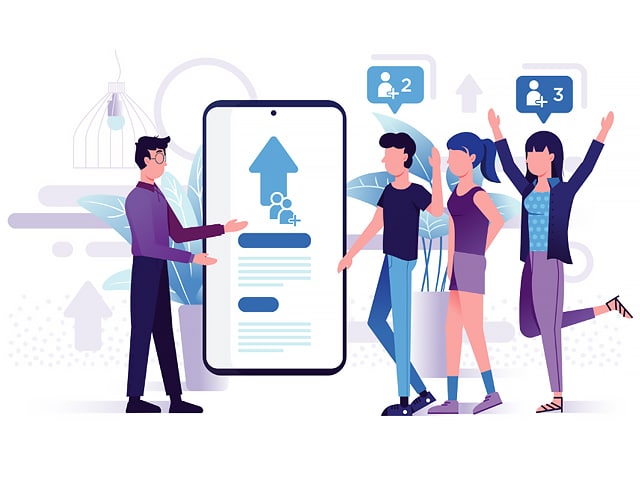 Online food ordering and delivery platforms have witnessed a rapid rise in popularity in recent years and in 2018, the largest such platform in India, Swiggy, took to Instagram for an Instagram Stories-based campaign to expand its reach and also increase installations of its mobile app.

The brand was clever in using Instagram’s Stories feature for their campaign and showcased slo-mo imagery of some mouthwatering delicacies. Also included were CTAs such as “Install Now” and messages to make existing and prospective users of the app aware of incentives such as “33% off”.

The campaign lasted for three months and the results were incredible, as the brand managed to increase its app installations by 17% and also lowered its marketing costs per app install by 30%. Swiggy also saw a rapid increase in their website traffic, which 30% soared thanks to the campaign. In terms of increasing its customer base, Swiggy effectively increased its presence in 15 cities across India’s length and breadth.

If you’re in the food business, this campaign has a lot to teach, as it showcases how effective images of food can be in motivating enthusiasts to take action, particularly if the images are complemented with attractive discounts and offers.

Mothercare, the UK’s number one baby care retailer, launched its #BodyProudMums campaign in 2019 and it revolved around mothers not bowing down to social pressure of getting back into shape after giving birth.

The campaign was a success in not just the UK but also around the world, with new mothers proudly showing their post-pregnancy bodies and their babies, with the #BodyProudMums hashtag. Mothercare’s official Insta handle shared some of the best photographs shared using the hashtag.

Of course, talking about a social issue that people are aware of but don’t like to speak of can invite criticism, and some critics were not too impressed with the campaign. However, all in all, the campaign’s success can teach aspiring Insta marketers that if you want the attention of your real Instagram followers, it can be effective to create a campaign around a social issue. The stories that came in from mothers worldwide also emphasize the need for keeping campaigns organic.

In January 2019, Gillette launched their #thebestamancanbe campaign and it was the men’s grooming brand’s way of responding to the ever-growing support for the feminist #metoo movement. The #metoo movement was instrumental in encouraging female voices around the globe to be heard, particularly regarding instances of abuse.

Gillette’s response centered around toxic masculinity. This was yet another example of how taking a stance on a prominent and pertinent social issue can promote a brand’s core values and ethics. The campaign had a great impact as it came from a brand whose products are all intended for use by men.

Even though the campaign received stinging criticism from those against the #metoo movement, overall, the campaign’s reception was favorable. The hashtag was used more than a million times within the 24 hours that followed its release.

Following the campaign, more and more marketers on Insta took to showcasing their opinions through their respective brands. While firm opinions regarding sensitive social issues may polarize audiences, it ultimately goes a long way in establishing a brand’s identity.

We’re slowly moving towards the end of 2020 and the campaigns that we’ve covered here have undoubtedly had big roles to play in the Insta campaigns that have made waves and turned heads this year. As we go into 2021, you can expect more brands and businesses, both big and small, to come up with more innovative ideas to engage with target audiences.

As we conclude this post, we have to say that never has Instagram been as potent as a marketing tool than it is today. As a marketer, you have to learn from the best in the business and your campaign on Insta will only be successful when you’re able to employ Insta’s in-built features and ideas from top brands together to create campaigns that will be memorable. We hope that you can learn a lot from the campaigns we’ve covered in this post and that you can take leaves out of their respective books to ensure growth for your brand and greater demand for its products.

The Best Insta Marketing Campaigns From 2017 – 2019 and What You Can Learn From Them by Mr. Insta Team, 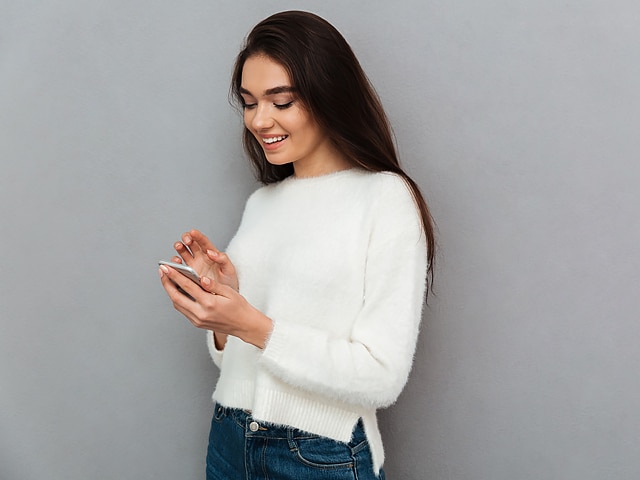 As a brand, you need to do a lot more than post a quality picture or video on your Instagram Stories to keep your Instagram followers engaged. With the platform seeing high growth with more… 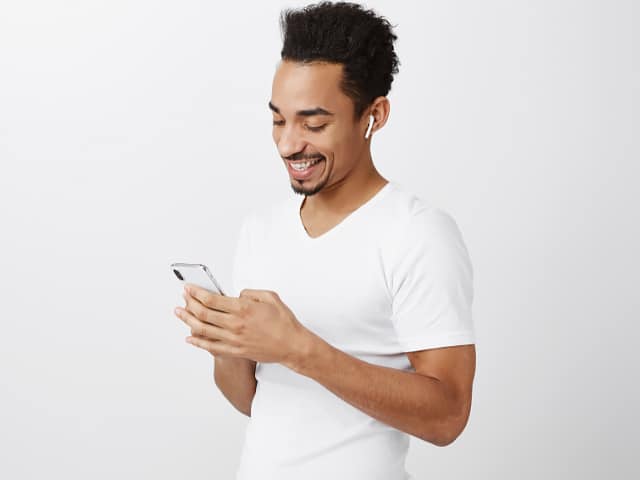 How to Use DM to Promote Your Brand on Instagram in a Smart Way?

Instagram has over one billion active users around the world who use the platform for inspiration, entertainment, shopping, and more. With more and more brands creating an account on Instagram and engaging with their audience,… 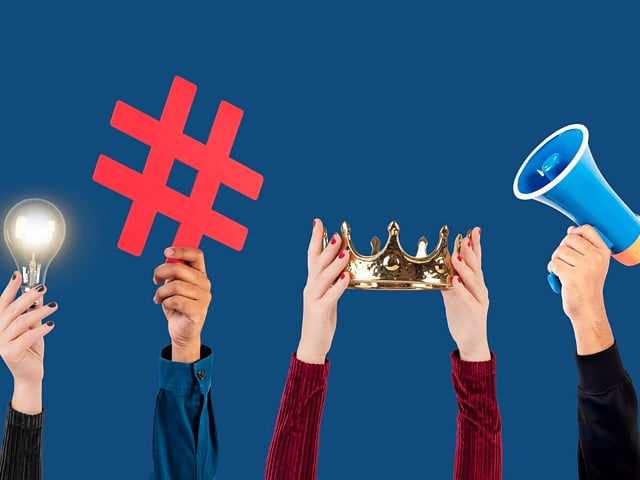 An essential element of every Instagram marketing strategy is the usage of Instagram hashtags. When used correctly, they have the power to enhance the visibility and engagement of your posts. You can generate more buzz…

One-time purchase options with no subscription or recurring payment

Zulu
Someone in Purchased
ago